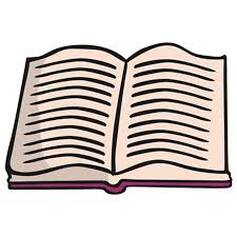 Attention legal creative writers and wannabes! The Advocacy Club's Creative Writers Workshop's third season started in September 2021 and was completed in September 2022. Several Ontario lawyers met one evening every second week on Zoom Video for 23 sessions. Each session was led by a Workshop member, in rotation, with short readings from creative writing bloggers and homework exercises used to practice the day's technique.

We discussed and tried techniques for character development, dialogue, flashbacks/backstory, setting and foreshadowing, among many others. Each member plans to use their work product as a springboard for future creative writing. One member is taking a college-level course and found our exercises and discussion the better experience. A visitor with an undergrad degree in creative writing said the same.

If you have tried your hand at writing fiction (flash fiction, short stories, or full-length novels) and want to learn and practice effective techniques to improve, you might consider this workshop. Learn by doing, Advocacy Club-style!

We may restart in 2023 (no promises!). To join our workshop, you must at least try to create fiction.  Write and submit a short story of your own (1,000-5,000 words) to john.hollander2@gmail.com to get the ball rolling. There is no cost to participate in this Workshop. 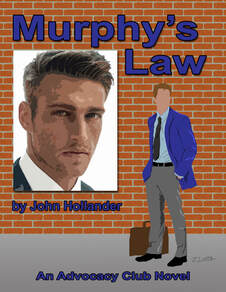 ​Meet Jake Murphy, a recent law grad with no job, network or prospects. Life throws him a life vest, which he grabs with both hands. Follow his first year in practice as he battles the sharks in his office, in other firms and even among his clients. It seems that everyone in Jake's circle has an agenda. Does Jake?

The book is available by clicking the Buy Button to the left.  The book is also available in Kobo as an e-book here and Kindle here, and in paperback from Amazon here. All net sale proceeds go to the charity supported by the Advocacy Club. 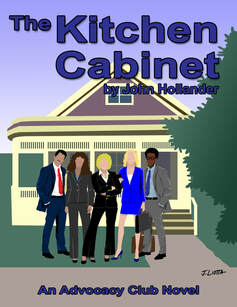 Currently in production is the sequel, The Kitchen Cabinet, in which the young lawyers and their mentor from Murphy's Law​ deal with the restrictions of the pandemic while they take on a menacing corporation intent on growing into a real estate and healthcare behemoth at any cost. 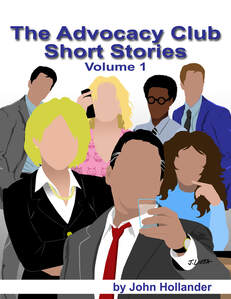 As a run-up to the novel Murphy's Law, John Hollander has published a series of eight short story prequels. These stories, 2,500 to 4,000 words each, present much of the backstory of the main characters of Murphy's Law and its sequels.

Each story is a standalone, with the main character who tackles different issues that face law students and junior lawyers.

For a few years now, I have participated in a workshop with some talented created writers in southwest Florida. Led by guru, Jon Bronsted, who you can follow on Substack here, this collection of writers explores, tests, and discusses techniques to improve their skills in various genres.  Some have recently produced fine works, which I bought and read cover-to-cover. Here are two. 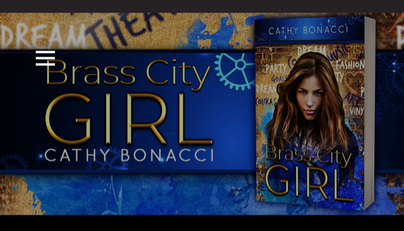 Theater kid Candy Vargas goes from outsider to influencer when she disrupts her new high school with a group project and her imagination.

Everything is coming together in Candy's junior year. She has a huge role in the school's production, and she's hoping Benny's attention is the start of a new romance. But family troubles send her to live with her grandparents and attend school in the suburbs while her single mom gets her life on track. Not knowing when she’ll reunite with her mom and leaving friends and a possible romance behind overwhelms Candy with anxiety. Will old friends forget about her? Maybe Benny flirts with everyone? Candy can’t find a creative scene at her new school and becomes a target for pranks and bullying by trolls and the wannabe influencers she meets on her first day.

Candy is assigned to a group project with a lacrosse god, teacher’s pet, tech geek, and drama queen, but her focus is scheming an escape back to her old life. Will Candy run from her problems and let others define her? Or will she remember her creative roots and lead the group into something the school won’t soon forget?

Check out the book on Amazon, here.

​About the Author: Cathy Bonacci grew up in Connecticut and is a graduate of Sacred Heart University. She lives in South Florida with her husband and family. She led youth groups and organized community events in Connecticut, and volunteers with Big Brothers Big Sisters and local community theater in Florida. Look for announcements on social media for future projects in various mediums. 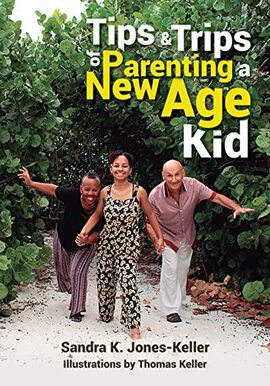 Tips & Trips of Parenting a New Age Kid is a family labor of love. Author Sandra K. Jones-Keller, along with her husband and daughter, share endearing and engaging stories about parenting, life, and the lessons they've learned over 15 years. As the title suggests, they've had many hits and misses. But, with the consistent and persistent use of their spiritual tools, they always find their way back to peace and harmony.
One of the things that makes Tips & Trips of Parenting a New Age Kid unique is that many of the essays have dialogue which gives an intimate perspective of their family's inner workings and dynamics. Experience firsthand how they work through issues that arise. Additionally, easy to use tools and techniques are shared that support their marriage and family, and foster a loving and supportive household.
"Tips & Trips of Parenting a New Age Kid isn't just for parents and caretakers", says Jones-Keller, "illustrations and photos accompany several essays and tell a visual story that makes it viable for young readers to follow." Her daughter's pictures age from zero to 15 years old-making it an experience for the whole family to read and enjoy!

About the Author: Sandra developed her intuitive talents as a young adult studying different disciplines and producing and directing a short film on mindfulness and self-realization. She went on to produce segments for the National Association of Television Program Executives (NATPE) in Los Angeles, CA, Georgia Public Broadcasting in Atlanta, GA, as well as other freelance projects. Her trips abroad to sacred sites in Peru, Mexico, Guatemala, Belize and Egypt culled her intuitive gifts and laid the groundwork for her life’s passion. The culmination of these gifts provided the foundation for the birth of her daughter after a challenging and life-threatening pregnancy, and later became the basis of her first book.
Sandra lives in Florida with her husband and daughter. She is available to speak, conduct workshops and consult worldwide.

Check out the book on Amazon, here. 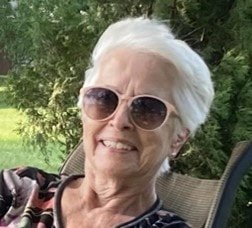 ​Gloria holds an Educational Specialist Degree from Purdue University specializing in administration.  She has researched and authored articles in professional journals in Indiana and Michigan. She contributes to the world as a wife, mother, and grandmother to her family.  Writing is a lifetime endeavor for her through children’s picture books, short stories, and novel lengths stories. Her prominent themes are lives lived well.  She is a senior citizen with a whole lot to say about the world.

Read her prize-winning short stories, published on the Reedsy website, here and here.